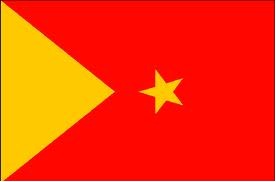 Over the years we have asked you to share your thoughts on how we are doing. It has been a while since we asked you to tell us how we are doing. Now is the time to tell us what you think of us , where we excel and where we need to improve or we have been wrong. We have been getting few comments from our readers that of late we are posting articles that should not see the day light.
We were admonished as much as we were encouraged when we posted Dawit G/Egziabher Interview.

Aigaforum was and is a public forum. It does not cater to audiences for commercial reason. We do what we do to promote our unity in diversity. If we are posting articles and interviews critical of the government it is because of our sincere desire to see the system work and to see Ethiopia defeat poverty. The country is changing and moving forward. People are demanding more development and more accountability from their respected government officials. Realizing this we thought Aigaforum can serve the public if we become the bouncing forum of ideas and views that reflect the current realities. Who to tell us better if we have been executing our mission better than you our esteemed readers. Have your say and share your thoughts of how we are doing! We value your comments! Aigaforum April 13, 2016