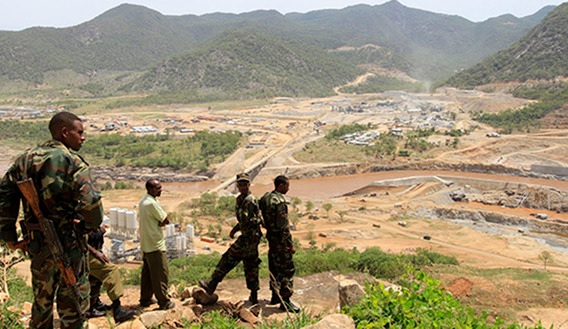 Ethiopia is building the Great Renaissance Dam 24 hours a day and with full vigor even though Egypt is doing all in its power to slow down the building process using its diplomatic influence around the world. Ethiopia is doing all it can to equalize the Egyptian diplomatic pressure but is it enough? Many scholars from Ethiopia are supporting Ethiopia’s case 100% but some are itching towards becoming an Egyptian foot soldier. We are sure, lately, you have read many articles that support Ethiopia’s case as well as Egypt’s case. The question we have for you is can anyone be considered an Ethiopian let alone a nationalist Ethiopian if he/she is in bed with Egypt when it comes to the building of the Hedase Dam? Also, what do you think about those scholars who want to support the building of the Hedase dam but wants first to bash the great leader Meles Zenawi? How could you help such characters to have a courage and join the transformation campaign that is underway to change the society and country for the better with no ifs and buts? In what language can we tell them all that it is Meles’s Ethiopia they are starting to feel good about these days- the Ethiopia that has increased life expectancy from 44 to 64 years , the Ethiopia that has halved poverty since 1991 and the Ethiopia that has managed an average of 10% growth for almost 10 years! Which aspect of Meles’s achievement do these people hate so much that only an “Oxford/Harvard” taught person can only see but not a MaiQental educated person can see. We understand the university of Maryland argument well(read here)! But why can’t the people who lives and works in Maiqental,- so to speak, see what Meles has done wrong but a Diaspora living 10000 miles away “can”. Does it make sense?
We understand those that have chosen to be a foot soldier for Egypt as well as the one man regime in Asmara cannot be a nationalist Ethiopian but what about those that have hard time to admit PM Meles and his government greatness despite acknowledging the achievements made so far? What is their problem? Have Your Say!

83 thoughts on “Hedase Dam: Litmus of Nationalism and Betrayal”